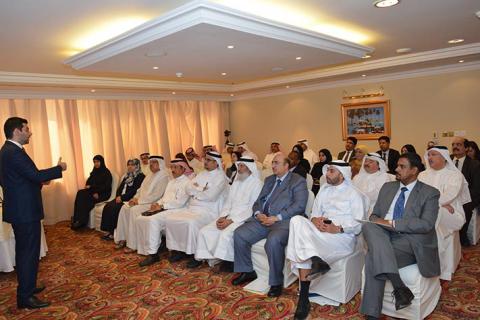 The Civil Service Bureau(CSB) continues its brainstorming sessions and meetings with government representatives on the Organizational Performance project (Takamul), which was attended by assistant undersecretaries and their counterparts, these meetings are held for the implementation of the strategic directions of the civil service that were approved by His Excellency Sheikh Khalid bin Abdullah Al Khalifa, Deputy Prime Minister and Vice-President of the Civil Service Board During his patronage of the "Takamul" project ceremony.

Mr. Adel Heji Ibrahim Mohamed, Director General of Human Resources Development and Performance Management, confirmed that the second phase of the brainstorming session was held over four days, during which a draft was prepared for performance indicators and early warning frameworks for "Takamul" project, the representatives of government entities had an active role in these indicators by providing explanations and presentation, the session was  ended with an agreement on the main project's indicators.